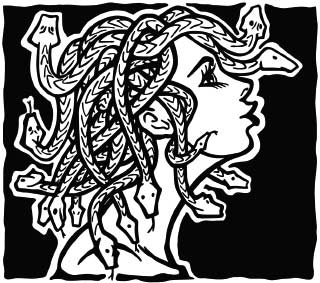 I never really thought of XCom TFTD as a difficult game. Not, that is, until around 2016. After the release of XCOM Enemy Unknown, which I still hold as the single most difficult XCom game I've ever played, I found myself yearning for those wonderful experiences from my childhood of playing the original series.

I had bought them all on Steam years before and always installed them on a new computer but between about 2004 to 2016 I just didn't really play them at all. In my defense I was distracted by quite a few fantastic games ranging from the late PS2 era through to the XBox 360. Not just games that could devour months of my life at a time (Mass Effect for example), but just how many great games were pouring out of the industry during that period. It had been long enough! It was time to voyage back to the 90s and play through my favorite tactical combat game series!

I had been getting into watching a lot of LPs of XCom and TFTD around this time and found myself laughing at how frequently people were shooting their own troops in the back and causing general havoc in the first game. Terror From The Deep on the other hand always seemed to call forth a sort of dream amongst those YouTubers. This cruel and unforgiving game that loomed over the landscape casting a dark and terrible shadow in which the dark things of the deep lurked. It was in sharp contrast of my memories playing it, which in spite of the genuinely creepy music were mostly bright and delightful rounds of exciting gameplay set in my all time favorite environment!

There was a time when I would have loved to be an oceanographer, if only I didn't also suffer from that pesky thalassophobia.

These memories were not reflected upon revisiting Terror From The Deep in recent years. Instead I was left thinking "Did someone replace my fun game with shameless sadism?" It left me wondering why... WHY did I ever consider this game not difficult?? Now part of this is because I was trying to play without cheats. There's definitely fun to be had in OG XCom with cheats, but sometimes it's nice to play by the rules and struggle through all it's challenges. But I beat Terror the first time before I even had access to cheats. So how did I do it? Digging deeply into my memories lead me to a very obvious answer: I used to play like a psychopath.

To understand my childhood tactics we need to rewind to the original XCom. I was around 11 or 12 years old and was shown this cool strategy game by my older brother DJ and his friend Steven. They were playing this really cool looking game where they deployed soldiers across a mini battlefield and they could be creative with how soldiers engaged, they could destroy the environment to create new paths, they could set things on fire or fire rockets that would burn down buildings... for theLobdegg v1.1 this was mind blowing! I couldn't wait to play it for myself! So when I did finally play it my first time I thought "Why would anyone use a rifle when you can give people rockets? Why use hand grenades when you have high explosives and incindiary devices?!?" So naturally everyone had high explosive and incindiary amunition. I had multiple soldiers with rocket launchers and even tanks with rockets.

When I got into my first mission I just blew up everything with this disturbing drive to eliminate all life that wasn't my soldiers. I don't just mean the aliens, I mean crops, homes, trees,... hell, when it came time for my first terror site I didn't even spare civilians. I specifically targetted gas stations, blowing them up regardless of who or what was in or around them because I was just here for the sheer joy of setting the world on fire. No wonder in my very first terror site the Sectoid leader straight up panicked by turn 10! Can you imagine being all Snidely Whiplash twirling your moustache going to storm some random settlement thinking "oh ho ho ho! XCom can't stop me from killing these innocents! Wait, who set that building on fire? Why is everything exploding?!? WHY ARE THE GOOD GUYS KILLING THE INNOCENTS?!? WHATS GOING ON?!?!"

The upside is this meant I had Psyonics by March! That became a pretty normal description of how that campaign went. By the end I stormed Mars with half my team armed to the teeth with explosives and the other half completely decked out as Psykers. When I was done I had 2 planets smoldering in fiery devestation and it felt great!

So when Terror From The Deep hit shelves I picked it up in a flash and before you knew it I was decking out my team with the new rockets: torpedos. This worked great for my first few missions! It wasn't until my January terror site kicked off that I hit a snag. You see, TFTD wanted to separate out the mechanics of under sea combat and dry land combat, the latter of which torpedo based weapons don't work, what with them being heavy and having only a propellor to drive them to their intended targets. This lead to a very awkward first terror site.

So after realising that I needed the pressurized gas cannons on dry land, which were the analogs of the heavy cannon and auto cannon of the original, I had a dry land loadout and an under sea loadout. Still, in the end I was able to do my best impression of bringing democracy to the aliens just as I had done in UFO Defense. I played for a couple months straight and completed it for the first time that same year. Subsequent play throughs I cheated because in the end I wasn't playing it because I thought it was a challenge but because I simply loved the setting, music, and gameplay.

Fast forward back to today where I'm trying to play like a civilized human being and suddenly I realize how absolutely bonkers broken the balance is. Playing the old games in OpenXCom which also fixes a lot of the bugs with the old game only exacerbates the matter! But I still love Terror From The Deep and will continue to play it for the foreseeable future, even if I'm shamelessly cheating to make it through.

I'll be honest, I'm not the steadfast gamer I once was and age has apparently tempered me far too much for such a challenging experience. So I close recommending the next generation of XCom players dipping their toes into the classics: don't be sensible. Set the world on fire!